Japan is famous for its residents who like to use public transportation, especially trains. In fact, around 22 percent of Japanese residents use trains and cause trains to become full and crowded. As transportation that is in demand by many people, trains in Japan can come every 5 minutes. In fact, during rush hour, the train can depart every 2 or 3 minutes. 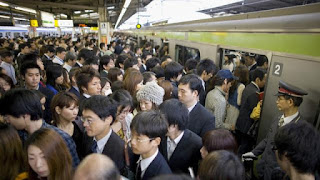 Conditions which is too crowded turned out to be able to create a new profession in Japan. The profession is oshiya or pusher  which is tasked with pushing passengers into the train. Oshiya is an employee at the train station which is on duty to push passengers into full wagon, especially during peak hours. Oshiya first appeared at Shinjuku Station and was dubbed the "passenger regulator" for several busy train lines. At that time, passenger regulators were carried out by students as part-time jobs. Because of the large number of passengers using the train, Oshiya then became a permanent job carried out by station officials. Even though it looks easy, the work done by Oshiya is quite dangerous, because Oshiya has to be careful and push passengers in when the train is stopped completely. 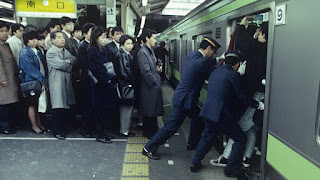 In addition, Oshiya's work will also determine the departure time of the train, because if Oshiya has not finished carrying out its duties, the train will not depart. Although Oshiya's job is to encourage passengers who want to ride a crowded train, Oshiya can also prevent passengers from entering the train. This is done when the train is completely full and no longer possible for passengers to enter. Oshiya officers also had to make sure that there were no passenger items pinched on the train door. 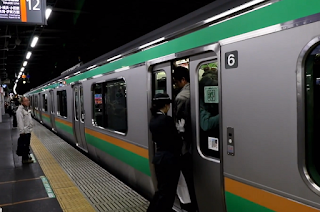 After Oshiya has finished doing his assigment, they will fly the flag and signal with lights to the train engineer, as the train sign is ready and safe to leave. But, Even though Oshiya's job is to encourage passengers to get on the train, they continue to do their jobs politely. Oshiya will speak in formal and respectful language, and use white and clean gloves when carrying out their duties. Oshiya emerged in the 1970 because the number of trains operating was only a small number and not comparable to the large number of train passengers. Even though there are more trains now, Oshiya is still needed, at rush hour like in the morning and evening.
Well, that is a new information about Oshiya. If you want to know more about Japanese work customs keep reading on my blog. Thanks 😊
di Desember 26, 2018

Hi guys, welcome back to my blog.. And this post shows that my assignment has finished hihi. Now I will explain about work ethic of co... 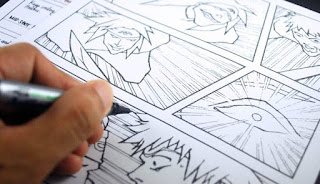